Over a series of blog posts I’ve been looking at some challenges that film and documentary are dealing with online. In a conclusion to the series looking at what can be done, I explore the limits and opportunities around crowdfunding.

Crowdfunding’s lack of sophistication around risk

Much of investment is about dealing with risk. A backer of a project – be that an equity or debt investor who is hoping to see some kind of profit, or a crowdfunding supporter who wants to get their perks and see the finished film – has to predict risk. Normally, the closer a project goes from idea to release – from pitch to screen – the lower that risk gets; in other words, it's reducing all the time. To reflect this, in the majority of business investments, the first ‘angel' investors will normally put in the least and get the most equity, and as subsequent funding rounds continue, new investors put in greater amounts and get less relative share, but more value as the business is now worth more. As risk decreases, the cost of participation increases, just as there are far more ideas that get turned into scripts than scripts that get made into movies, or movies that get a theatrical release. 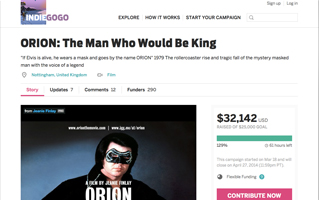 But crowdfunding, not technically an investment, is flat and treats all types of backer the same. At the start backers have to decide if a project looks viable and convincing, pay their money and hope for the best. It’s an investment of faith and confidence when 75% of all crowdfunded projects arrive late and a quarter over six months late (according to a July 2013 study). Some end up cancelled (examples here or here), which damages the whole space as they will doubtless put some people off backing a crowdfunding project again.

The problem is arguably even more of a challenge with flexible crowdfunding where projects can miss their target and end up raising far less than they need but still cash in. On Indiegogo, 80% of projects raise less than a quarter of their target, meaning often there isn't the money to deliver the project or to do it to the standard promised. This is a problem both for the creative, on whose shoulder the stress and reputation rests, and the backer, whose money is at stake. Meanwhile, the crowdfunding space depends on people having a good experience, backing a project and doing it again.

Yet the money is almost never all needed at the very start. For a lot of creative projects, some money is needed to pay some wages and overheads over the many months or years it will take on an ongoing basis – so it could trickle in. Indeed, the biggest cost might be towards the end during post-production or when 1,000 DVDs need to be pressed or a dozen DCPs created. By that time the risk is considerably lower – if a book is ready to print or a film fit to screen, there's less risk about delivery, while it’s easier to assess the quality at that stage. 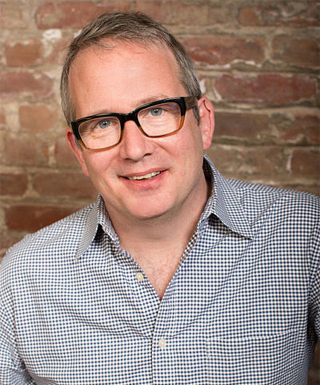 Is there space for a rolling or staged crowdfunding that drips money into the project throughout its creation? It seems to resonate with how Ted Hope (pictured) has been arguing the indie film world urgently needs to adopt staged investor financing to get more people investing in film.

It would support the kind of structure where, say, of 1,000 scripts or ideas that got funding, 200 would be supported to produce a budget, assemble a team and make a trailer/promo, 100 get shot, 50 get full post-production and packaging for delivery and 10 get extra marketing and distribution support. Investors at each stage would be taking a smaller risk and would be putting in larger sums of money – while the backer who’d taken a risk and made a good choice during at the initial idea stage could make a much bigger share of any profits.

Applied to crowdfunding, a project could declare at the start its target budget, a minimum amount needed to start work, and a series of stages that have to be completed to finish the film. The project could be split into development (conduct research, write a script, set up a website), pre-production (get crew in place, secure interviewees, finalise budget), production, post and distribution. Production could be staged as well, of course, as many documentaries take years to complete. This already happens to an extent with broadcasters or funders viewing early rushes and deciding to pay for further shoots.

The key part is that all the backers are aware that they are supporting one stage of many towards the final goal. Rather than a single heavy push for, say £50,000, a series of campaigns for £2,000, £8,000, £15,000 and £25,000 might give a better rolling narrative where much of the message is: ‘Look we just hit our latest target, completed our next stage, sent out some perks... we’re getting closer!’. And some stages may still be fully covered by a single traditional investor, broadcaster or public funder. If the producer can announce that their development costs have been covered by a local screen agency so they’re moving onto phase two it’s good publicity for all concerned – conversely, a screen agency or financier may see how well a producer is able to mobilise support and offer to match public donations for one of the later stages.

The idea is not so far away from how Charles Dickens funded many of his books - which he wrote and released a chapter at a time. The method was partly an attempt to battle piracy: by releasing his books in instalments, there was a greater value on the printer who got the first run out as people were keen to know what happened next before anyone else. But it also fitted a form of rolling fundraising, with a populist feedback loop that perhaps informed the ongoing work. 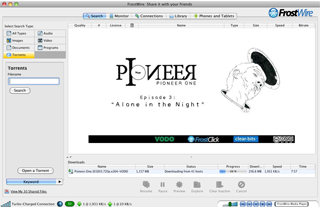 On the Vodo.net platform, Pioneer One is an episodic sci-fi funded through instalments using a model where anyone can torrent each episode, but to view the next one in the series, people need to first fund its creation. But there aren’t many other examples of this working yet. Last year, for instance, after failing to meet their target on Kickstarter some game developers tried staged crowdfunding on their own site but raised only $12k, far less the original $85k they’d raised on the first failed attempt on Kickstarter.

How to reward the early bird?

Perhaps a key missing part is a way to reward early backers and high risk takers beyond the normal perks. Some campaigns change the perks as the campaign continues – raising the price threshold to receive certain items, while having a limited number of certain rewards benefit those who get in early to nab them. But none of this comes close to the standard staged investment model described before; or indeed the film industry model where a producer who backs a script or a first pitch normally has a bigger stake in the project’s success than if they come in at the end.

Indeed many Kickstsarter backers of Zach Braff’s $3.1m-raising Wish I was Here were disappointed when it got completion finance from conventional sources. After Universal picked up rights to it for $2.75m at Sundance, many are keen to see how the backers who put in over 60% of the budget will feel about not sharing in any of its possible success. 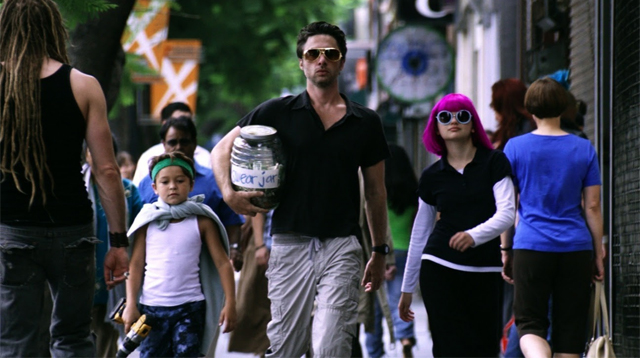 Wish I Was Here

This opens up the bigger but related discussion about how much crowdfunding’s success is limited by the inability to share success with backers – who often are replacing the traditionally valuable angel investors. Minecraft creator Markus “Notch” Persson who put the maximum $10,000 into supporting the Virtual Reality headset Oculus Rift expressed his frustration after the Rift’s sale to Facebook: “I did not chip in ten grand to seed a first investment round to build value for a Facebook acquisition,” he blogged.

Crowd-investment platforms have risen fast to try and fill the gap. The new US Jobs Act makes it easier for Americans to advertise investments publicly, but the offer still needs to be made only to accredited ‘sophisticated investors’ – those who earn more than $200,000 a year or have a net worth of more than $1m. The situation is similar to the UK where non-sophisticated investors can only be pitched at directly by a company if the investment prospectus has been approved by the Financial Services Authority, or the share offering is for ‘withdrawable shares’ offered by coops and community benefit societies.

Some general crowd-investment platforms such as Crowdcube, Seedrs and Crowdmission have got around that by themselves becoming the investment vehicle regulated by the FSA, while crowd-lending such as on Zopa, Funding Circle and Bank to the Future offer peer-to-peer loans with a fixed rate of interest and are regulated differently. Microgenius hosts share offerings without direct FSA approval of each, but only for coops and community shares.

This comes at a price: Crowdcube reject around 75% of the projects that apply to their site and have never accepted a film project. Indeed there aren't many examples of film and TV production on any of the sites: Seedrs lists a production company which raised £125k for 25% equity and also helped raise £250k at 25% for the UK tour of the Happy Days Musical, but these are the only projects. 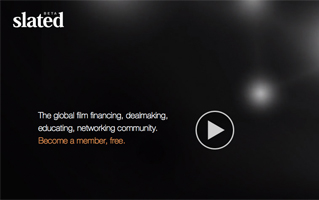 Targeted specifically at film, the biggest players for crowd-investment are US-based: Slated and Junction. Slated offers a social network of investors, producers and projects and helps to introduce them to each other – and is in the process of giving everyone in the film industry a number (like a Klout score) to publicly state how important they are. Junction works on the model of letting indie film finance companies syndicate investment in certain projects to outside investors through the platform: its first film stars Tom Hanks and is already shooting in Morocco. Both work with the Jobs Act limits of requiring investors to be ‘sophisticated’.

Other approaches that get around the rules in sharing rewards include Distrify’s crowdfunding widget for Lucia, where backers would receive a greater or lesser percentage of all revenues made through their version of the Distrify player depending on their level of backing. Another model from Seed&Spark pays backers of projects (who can contribute both cash and in kind) with a virtual currency called Sparks they can use to watch films on the platform. Sparks can also be earned from social media mentions and recommendations. But of course Sparks aren’t earned if a film goes on to become a huge box office success – they are directly proportional to the up-front payment.

Probably not many of Braff’s Kickstarter backers – nor many of those who've put hundreds of millions into crowdfunded documentary and film projects – would be classed as sophisticated investors. It’s also unlikely that many of them would have made a profit on their support even if they’d been legally allowed to. But in a world where raising film finance is normally the hardest part of the producers job, could an easier way to give crowdfunding backers a stake in a project’s success increase the number of them and their broader support of the project? Kickstarter is less than five years old and has raised more than $160m for over 13,000 film projects – how would that change if there was a chance, albeit small, to share in a project’s success?

The challenge is how to ensure people aren't mis-sold, losing their savings in high-risk, low-return projects – which covers lots of areas in film. But this is arguably where the introduction of staged finance could improve things: those willing and able to take a big risk can act early, while those who need more security join later when a project’s potential is more easily assessed – even coming in towards the end to support distribution when they can watch the film and see if they like it.

Could such a new approach around staged finance increase crowd investment in film? These are early and interesting days for web-based peer finance.