Michael Franklin is a doctoral researcher at the Institute for Capitalising on Creativity and an industry consultant at Film Business Research. He wrote this response to Sonja Henrici's proposal of a 'Triple Bottom Line in Film?' 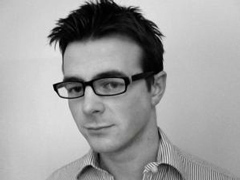 Sonja Henrici started a really interesting debate proposing a Triple Bottom Line in Film (TBL). The concept as I understand it involves adding social and environmental concerns, “people and planet”, to the profit bottom line. Sonja suggests the need for a template, or standard accounting practice that measures “actual cultural value”. One purpose of demonstrating “positive social action” or “positive audience engagement” is the gaining of rewards like “future investment, funding or sponsorship”. Reflection of a film’s impact additional to financial measurement is proposed as a potential avenue to satisfy funders and investors in the independent film business.

As Ben Kempas points out in comments on the post, the debate is timely given the attention on film funding in Scotland at the moment. Any institutional funding or investment for film must have a strategy behind it and underpinning such a strategy must be the intelligent use of data. As a consultant on the Virtuous Circle initiative of the Scottish Documentary Institute and an academic researcher dealing with this topic, I was kindly invited to contribute some thoughts. I am particularly focused on how the film market becomes digitally mediated through various metrics.

Amazing data visualisation of traditional metrics for film evaluation by Tom Evans (atacatcalledfrank) – could we do the same for social impact?

There is great merit in exploring non-financial valuation frameworks for creative works. Documentary film is a perfect example and many fiction features could also claim similar worth. However, this is an area fraught with complexities and enticing tangential asides. A great deal of policy literature on public funding investigates attempts to capture the non-financial returns on cultural or creative investment. This is a broad topic that falls in and out of fashion, but is yet to define stable results. The BFI reported on cultural value of film in 2011 and the general topic continues to attract attention of institutions like the RSA. But if the aim of this initiative is a practical outcome, these wide debates are diversions and crucial distinctions need to be made to define a goal more narrowly.

Two key elements of the proposed valuation initiative jump out at me: content and purpose. In terms of the content – the metrics performing the evaluation work, there is already a distinction to be made. As noted in comments by Damien Smith on the first post “positive audience engagement” can be established through basic measures of reach, Google Analytics and video views etc. However these measures can equally apply to a film with no purported social or economic value. Often such figures are simply taken as proxies for demand or consumption in an industry where piracy is seen as a major factor. So I think any TBL metrics must go beyond this and strictly stipulate positive social and, if appropriate, environmental benefits as distinct from common engagement.

Documentary lends itself to forming the first phase of an alternative or additive valuation practice. The balance of social to financial interest from the point of view of investors, filmmakers and audiences is more advantageous for docs than fiction features. The extended development and exploitation life cycle for docs and producer involvement in release means that the same company can measure short-term and long-term benefits.

Assuming the topic of the film is of social interest and awareness of the issue can be deemed a public good, short-term metrics might include generic community building and activity measures. Audience hosted screenings and tickets sold via crowd referrals (not direct marketing channels) could make up part of accounting templates for results. One might even reverse the prevailing trend and use cash as a proxy for social information and take kick-starter funding as a short-term social impact measure. Context specific long-term changes e.g. policy outcomes, educational impacts etc. could form a second type of reporting. Establishing a legitimate framework of calculation across boundaries between producers and public funders would be a logical first step.

Extension of such a practice to fiction films is exponentially more difficult. In contrast to the public funders, broadcasters, international TV companies involved in financing documentaries, the temporary alignment of ‘hard money’ financiers, sales agents and distributors vastly complicates cross-boundary evaluation practices. Established market devices such as sales estimates and recoupment charts are being supplemented in some cases by emerging digital engagement metrics, but revenue is at the core of these associations.

This last point above speaks to the issue of purpose. The majority of companies in the film industry have profit as their single arbiter of value. When last studied, UK independent companies showed an “almost systemic reliance on dilatory payment of creditors” and so are unlikely to have the time to let non-financial values recycle into their profit line, as say an energy multinational can. In addition, the conversion of a TBL into cash – the leveraged reward Sonja mentions – is unlikely to impact other Film Value Chain (FVC) actors who generally only get involved with films that already have the maximum public funding attached. Potentially we need to look outside of the film industry to incentivise those inside it. Are there government tax breaks, institutional grants, available for social and environmental work that could be reworked to recognise film as a tool?

Taken narrowly, the TBL as proposed works if its metrics function as a currency to be converted into cash from public funders for future projects. This does not seem to truly reflect Sonja’s concept of an “actual cultural value” or commenter David Street’s idea of self-worth. So the concept definitely needs refining to reflect its multiple aspects. One way to do this might be by using the language of different types of capital as proposed by Professor B. Townley and M. Grewar for start-ups. Demonstrating how films or film related activity contributes to the: acquisition, enhancement, maintenance and capitalisation upon intellectual, social, and cultural capitals, could be a template framework for all doc projects. Different contextual digital engagement metrics might make the arguments, but the format could become concretised. For instance one project might call for the sharing of a digital petition, another the unification of different organisations around an issue, but both would generate social capital through network building.

The language above is just one example. The important task at hand is to develop a precise understanding of the work we want the TBL to perform. This means we need to identify who the TBL as a device needs to enrol, and how communication and coordination will be achieved.

Some work worth doing I think.