Noé Mendelle, director of Scottish Documentary Institute recently attended CPH:DOX for the first time. Here she writes about 'The Look of Silence,' the much anticipated follow up to Joshua Oppenheimer's Oscar-nominated feature, 'The Act of Killing.' This time, with an equally compelling and devastating narrative, we hear from the victims instead of the victors of Indonesia's communist massacres in the 1960s. 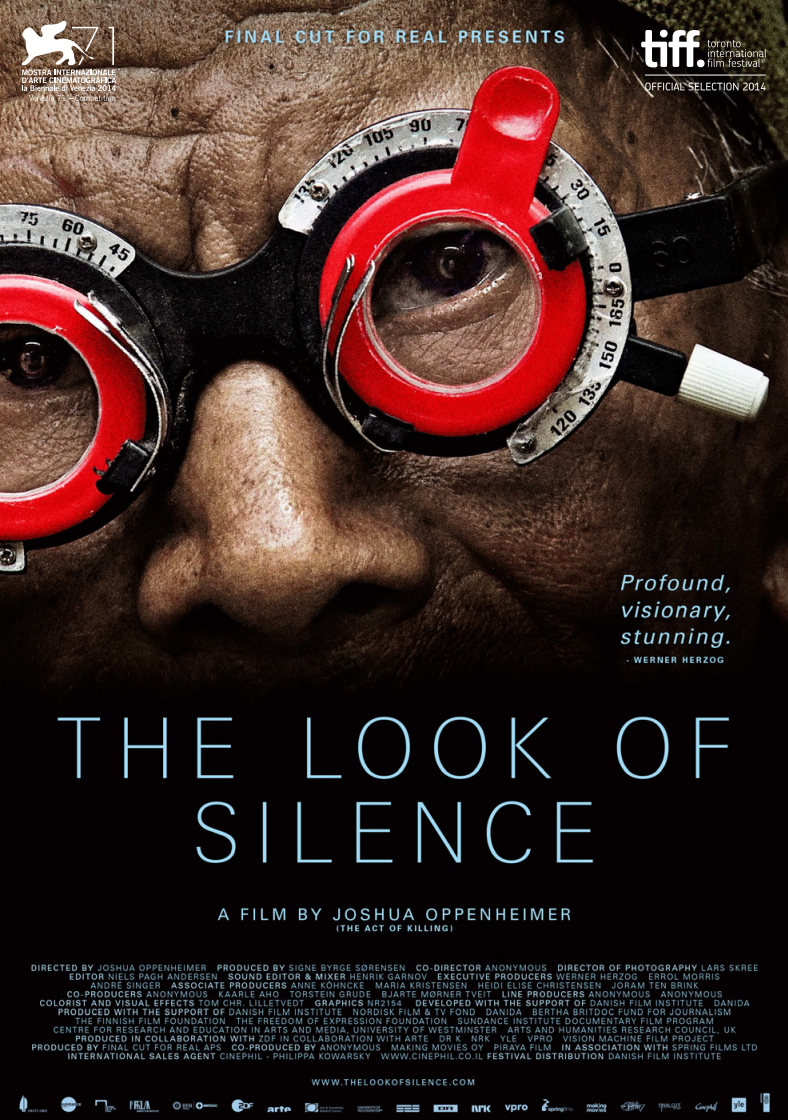 Last night, in the glamorous Hotel D'Angleterre, the award ceremony for CPH:DOX was held - all glitz and good humour. My colleagues in Copenhagen are such good nature and company.

I was all the more pleased to be there because Edinburgh was amongst the many cities around Europe to take part in the Europe-wide release of 1989 for the opening of the festival. SDI is always eager to join hands with our beloved international documentary community.

Many awards were given out. The least surprising and yet the most deserved went to The Look of Silence by Joshua Oppenheimer. Joshua, despite his Oscar nomination in 2014 and huge international acclaim for The Act of Killing, received his award with great emotion and humbleness, making sure to share the spotlight with his most admired producer Signe Byrge Sorensen.

The Look of Silence, is the story of a young optician, going round his community and openly confronting the men who tortured and killed his brother during the '65-'66 Indonesian genocide. Murderers, who are still in power...

What a great metaphor for the film, this young optician bringing focus to the vision and memory of his elders. The film is full of beautiful visual moments but above all, meaningful silences. I was mesmerised and moved to tears by Joshua's silent close ups of Adi, his main character, confronting the eyes of those killers. Saying the unsayable right to their face, quietly but with strength and dignity, providing a luminous example of how truth, justice and reconciliation can be attained.

These moments in the film have the power to create a space for the audience to make the film theirs. We know we are witnessing something unique in the world of cinema.

The following day in a masterclass, openly acknowledging the constant fear during the shoot, Joshua talked about the precautions he, Adi and Signe had to take:

No Indonesian crew, no numbers on mobile phones except their respective embassies, readying two getaway cars to lose any potential pursuer and always carrying their bags packed in case they had to go straight to airport. And of course Adi and his family had to be relocated to a safer part of Indonesia within a community of human rights activists ....and Joshua won't be returning to Indonesia.

The Act of Killing was deliberately not released in cinemas in Indonesia in order not to go through censorship and an inevitable ban. Instead they opted to flood the black market with freely available DVDs and encouraged people to organise impromptu screenings.

The Look of Silence opened in Jakarta to an audience of 6000, with a screening organised by the National Human Rights Commission and Jakarta Arts Council, a governmental body. Let's hope that the new president is able to embrace The Look of Silence and has the courage to deal with the past.

I will finish as Joshua did, with a beautiful quote from "100 Years of Solitude" by Marquez.

"Magical realism is perhaps the only genre for dealing with atrocity in the context of total impunity. Because of the sorcery and magic that becomes inevitable when you have repression and horror."