This summer, Scottish Documentary Institute used downloadable copies of I AM BREATHING for its theatrical Global Screening Day free from digital rights management (DRM) – and with no noticeable piracy or impact. In the first of a series of articles looking at some of the myths, challenges and opportunities around digital distribution, Nic Wistreich questions why it can still be so hard to pay to watch a film you want to see legally. 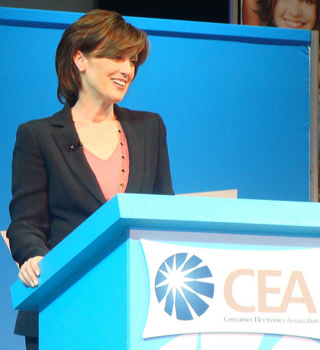 Perhaps no sector has been more involved in shifting the debate around video piracy than the TV industry. It seemingly began in late 2006, nine months after Steve Jobs had sold Pixar to Disney, joined their board and become more involved in their operations. Disney co-chair Anne Sweeney (pictured) declared at a conference that piracy was not simply a threat, but a competitor – that pirates competed on quality, price and availability. On all of these levels, she recognised, Hollywood was losing: "We don't like the model but we realise it's competitive enough to make it a major competitor going forward." Hulu launched five months later and competed on all three levels with free, ad-funded, flexible streams; the BBC’s iPlayer arrived not long after.

Piracy "better than an Emmy"

Then in August this year, Time Warner chief Jeff Bewkes appeared to jump the shark when he announced that piracy was "better than [winning] an Emmy." Time Warner/HBO’s Game of Thrones is one of the most-pirated TV shows of the last few years, and possibly one that has gained the most free marketing from piracy. "We’ve been dealing with this issue for literally 20-30 years,"  Bewkes said. "Our experience is, it all leads to more subs."

The difficulty with Bewkes’ argument, when related to independent feature films, is that he’s talking about episodic TV. A percentage of the people who got hooked on early episodes and seasons of Game of Thrones, Breaking Bad or The Walking Dead through pirate copies will subscribe to channels and services offering the latest episodes so they can watch them first. Their fandom expressed on Twitter and Facebook also builds awareness and might convince their non-pirating followers and friends to tune into those channels. 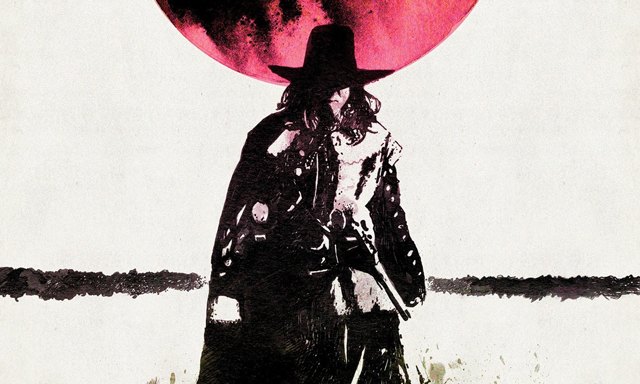 But one-off dramas, documentaries and features can’t benefit from these effects; a pirate stream or download will rarely translate into further money for the filmmaker other than occasionally through a future crowdfunding campaign, or platforms like Vodo or BitTorrent that let people Donate-After-View (DAV).

There are, of course, ways indie filmmakers can compete with piracy on ‘quality, price and availability’. On the issue of availability, the new PiracyData.org points out that half of the most pirated films each week aren’t available to buy digitally. It makes the shift to day-and-date – as seen by the recent release of Cleo Bernard’s The Selfish Giant – a logical progression. At the recent Film 4.0 digital summit, Anna Higgs revealed the numbers around Ben Wheatley’s Field in England which was released simultaneously on free TV, cinema and video-on-demand (VOD), described in a case study by the BFI . The release was made palatable to cinemas through a revenue-sharing deal where Curzon Cinemas took an equal cut of all VOD revenues; of course for other cinemas this wasn’t offered and many refused to screen it.

No Land of Freedom

Netflix’s Ted Sarandos retreated from claiming in October  that films should day-and-date with the subscription service, which is understandable as Netflix pays a flat license rather than fee per view. In other words, a filmmaker will earn the same from Netflix regardless if their film is watch by 50 people or 5 million.

Instead, the sweet spot for day-and-date would seem to be premium VOD, where the film is available at the same time as the cinema release but at a price closer to a cinema ticket than a standard VOD transaction. This ensures that all the marketing around a cinema campaign isn’t wasted on those who don’t live near a cinema where it’s on or who don’t make it to a screening in time – instead they can watch it whenever suits. But unlike subscription VOD which works around flat licences, every sale is direct revenue for the producer or distributor.

Even the studios are experimenting with it: for the release of Anchorman 2, fans can download a copy of the film and an alternate version of the original Anchorman two days before the cinema release, for a once unthinkable "Superticket" price of $33. For a family or a group of friends, that still works out cheaper than 4 or 5 cinema tickets, while the studio gets to keep a much larger cut of the income. However, the Superticket is only available to buy in the US, which means there will be digital copies of the film available two days before the cinema release but only one country where it’s possible to pay for them, a risky strategy. 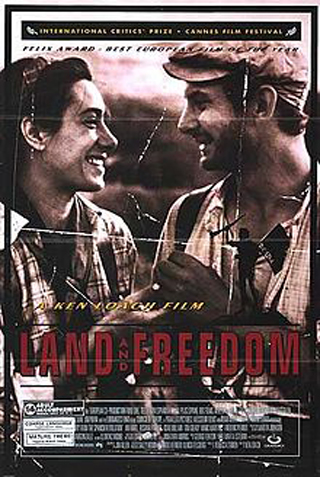 A lack of availability is also common with older films, which is usually blamed on insufficient scope in the original contracts with writers, directors, music rightsholders and actors. In many cases it’s simply that the main rightsholder is either unreachable or sees so little financial value in VOD income they don’t think it's worth verifying their paperwork and preparing the files. This of course works to push people towards piracy: I experienced it recently with a friend who subscribes to every movie service he can, as we tried to watch an old Ken Loach film. We spent nearly half an hour logging into and searching Netflix, Lovefilm, 4oD, Sky Movies on Demand, even Zune – all without success. Eventually he found an old DVD copy that had been given away free with The Independent back when that was fashionable. Without that, the temptation for him to learn how to torrent had been fostered simply by distributor Artificial Eye’s inability to get the film onto legitimate services (it wasn’t even on their own web VOD service Curzon-on-Demand). Using the much-championed, Film Council-funded FindAnyFilm.com, a search for Land and Freedom not only failed but suggested Madagascar 3 at the top of the list. The last resort (although many people’s first attempt) was the Google search, whose top ten results linked to various taken-down pirate copies of the film on YouTube. The Industry Trust has recognised a growing problem of over-35-year-olds searching Google to watch a film and having no idea that the majority of search results are for illegal streams.

Google’s argument is that the film industry needs to learn how to do search engine optimisation (and make their films available in the first place); to a distributor, however, often the only way to get a legitimate link to their film stream/download site on the first page of results might be to pay Google for an advert. In other words, it’s not in Google’s commercial interest to help producers out here – so it does seem a workaround where Google can identify the content owner / official site and prioritise it in search results is badly needed; with Wikipedia and IMDB at their disposal – which usually link to official sites – this shouldn’t be too difficult for their engineers to solve. But then of course the majority of official film websites don’t include embeddable VOD players of the film. They almost certainly don’t include the machine-readable microformat metadata that would let a search engine know where to point potential movie-goers to. 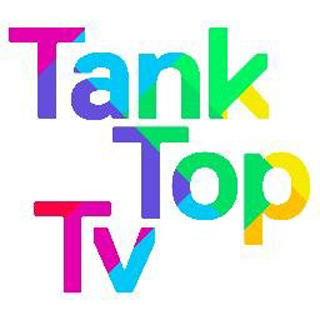 In the meantime a new service, TankTop.tv has launched. It offers meta-search and price comparison between all the VOD services in the UK other than Netflix, from Distrify to Dogwoof.TV, Blinkbox to iTunes, and could resolve many of the problems in this space (though it still couldn’t find me anywhere to watch Land and Freedom).

In the face of these challenges, rather than a large effort to build easily-usable digital warehouses to supply any digital platform wanting to sell, sub or ad-stream their archive, the reaction of parts of the film industry has been defensive. On the one hand this has involved coming down tough on pirates and pushing for new laws to punish unlicensed viewing more severely; and on the other demanding all on-demand services who sell their work to wrap everything in digital rights management (DRM), a system of copy protection that restricts what can happen to a file once it’s been purchased.

A disclaimer: back in 2001 I wrote a book on Digital Asset Management for Informa Media, and recognising the so-called ‘many-to-many paradigm’ of multiple platforms, devices and pricing models, unquestioningly accepted the DRM orthodoxy as the best way to support that process. 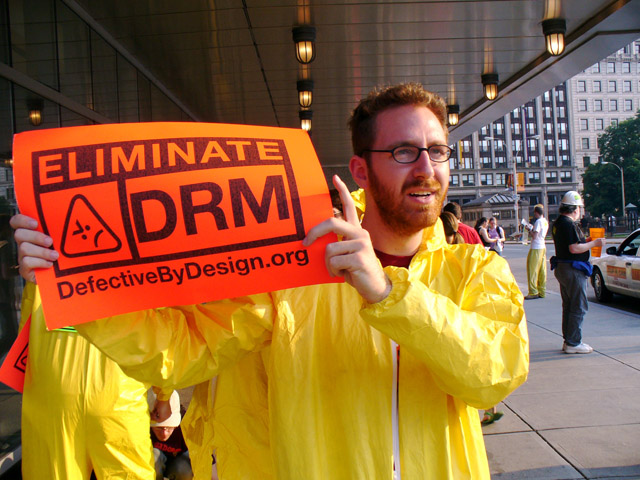 I was wrong because it damages and disincentivises legitimate sales, and shifts considerable power from filmmakers and rightsholders to technology giants. The very moment that a single non-DRM version of a film is available to illegally download, stream or torrent, DRM disincentivises any legitimate sales – and is also redundant as the DRM-free versions are already out there. On top of that, in the course of adding DRM, the filmmaker is often handing over control of their relationship with an audience – now and in the future – to the technology company controlling the DRM.

This technology-vs-artists conflict has some notable precedent in the history of film which I will explore in the next posting.