Once upon a time, Thierry Garrel was the most wanted man in the documentary world. Not just because being Head of Documentaries at ARTE France meant great budgets and quality audience but because filmmakers felt part of a documentary movement with a vision led by two passionate man, one Thierry at ARTE, the other one Alan Fountain, senior commissioning editor at Channel 4. C4 dared dreaming of being a publishing house and bringing voices across class and borders to speak out; ARTE created a cultural synergy between Germany and France which will not ever allow us to be enemies again. The current poverty and reduction of documentary programming on most channels makes some of us look back to those ambitious years with envy and nostalgia.

But now that Thierry is no longer the pope but one of the monks (as he put it), he goes round the world with his vows of creativity and his bowl of wit and happily shares his documentary insight with young talent. Thierry was our guest at the first Bridging The Gap workshop and got all participants and SDI staff to walk and bounce on clouds! Thierry circulated an inspiring article on humanities in documentary which we are sharing here. The original French version was published in the magazine Images Documentaires for their 20th anniversary in December 2012. 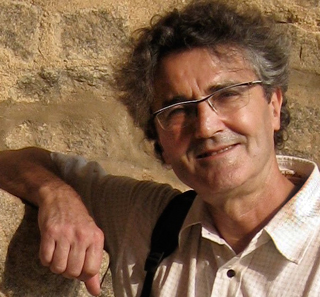 “Prose has walked on foot for too long, and it seems to me that the time has finally come for poetry to get off the horse to let prose mount in its place,” wrote Lichtenberg more than two centuries ago. And Lukács seemed to respond – not without pessimism: “The form of the essay has not yet, today, found the path to independence that its sister, poetry, covered long ago: the path of development from a primitive and undifferentiated unity with science, ethics and art.”

I can't help but think, on this 20th anniversary of Images Documentaires, of the path documentary has travelled through the past two decades; before only a minor genre, peripheral and ancillary. It’s been a path towards aesthetic autonomy in its languages and at the same time a centrality in today's society.

Born as documentary, cinema throughout the 20th century was monopolized by fiction, its narratives, its imaginary universes, often formatted in story-factories that make our images and our legends in an industrial way. TV shows and the heavy media industries developed in a parallel fashion. It seems to me, however, that with the 21st century, cinema is in the process of rediscovering its original horizon and its primitive magic: the exchange and the sharing of experiences between humans through images.

Anthropologists by nature, with the interest they bring towards the human condition, its various avatars, its multiple supporting cultures and myths, documentary filmmakers – these new 'encyclopaedists' – have made themselves

To the great joy of film-watchers who have become, over time, more demanding about the power and richness of experiences that are presented to them, in the past few years in particular we have seen the multiplying of films that aren't one like the other. The narrative, aesthetic and ethical issues of these films spring from something other than information or entertainment, and put into play, through unique writing and cinematic devices, our whole relationship with the world.

Some masterpieces, breaking radically from tradition while at the same time subsuming it, have founded new genres within the documentary genre itself.  This has opened entire continents to the exploration of the most ambitious new filmmakers.

A culture of 'reading and writing' documentary – 'literacy' – is in the process of developing, accompanied still too timidly by critique.  In a globalised world, scripted and controlled by the market, documentaries – lacking the recurrent feebleness of television usually fond of repetition of the 'already seen' – make clear and independent voices heard.  We can already feel the making of a veritable documentary planet uniting filmmakers and spectators, a planet of solidarity, a liveable planet, wherein each person in their own way aspires to become a better enlightened and engaged protagonist.

At the very least it allows a renewal of the pleasure of being together and sharing with others the questions without which life in a society would be destined to become nothing but a gathering of individuals, rewarded according to their performance in a mad race towards the jungle of new barbarities. A renewal made all the more important as it follows the disillusions and failures that in the last century have tragically destroyed any real taste for community.

This 'phenomenon of society' could well be in the process of becoming, if we allow ourselves to lift our gaze and project ourselves in the future, a veritable fact of civilization forecasting a new Age of Enlightenment.

Using the richness and the metaphoric potentialities of the language of images (“there are metaphors the police should keep an eye on,” wrote Lichtenberg), the documentary is probably and inexorably in the process of occupying the vacant place left by the crumbling of traditional methods of transmission and education, accentuated by the crisis of mediation. Today, the honest person, who for better or for worse inevitably finds himself a citizen of the world, finds in the inexhaustible diversity of documentaries and their constantly renewed points of view an invitation to think.  Taking up in a way where literature left off – this “axe to break the frozen ocean inside us” as Kafka described it – documentaries have thus become the humanities of our time.