Today was a messy day

We have such a long list of characters and stories that we want to explore. Transport, of course, is one big challenge. Then people not having a concept of time, saying "yes, I will be around" but not being able to pinpoint a specific time – and if by miracle they do then it is us who are being delayed... And if that was not bad enough, the unpredictable keeps happening. 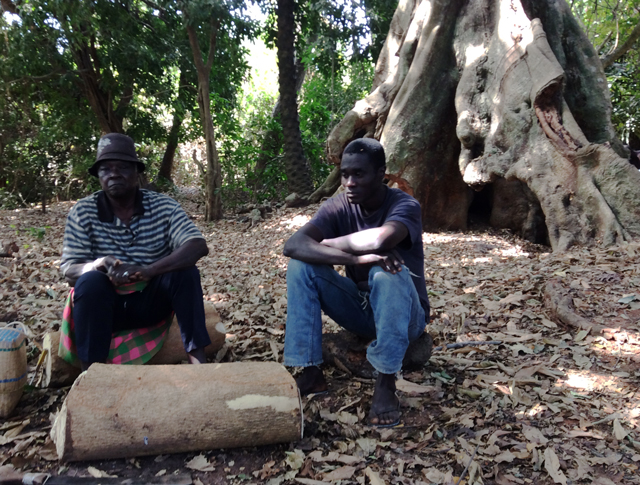 This morning we were meant to carry on filming with our sculptor. However, he happens to be one of the elders, and one of the candidates for presidency decided to visit our village. We had to hang around till the distribution of free T-shirts and leaflets were over. But who knows, we may have shaken hands with the next president, who may last for a few months before getting shot or removed by a military coup.

We seized the opportunity to have the sculptor's son to ourselves and talk to him about the difficulties facing the youth. On the one hand they were brought up with strict tradition and extreme respect for the elders, but on the other hand they want paid jobs in order to pay for the education of their children and for a few goods.

But they can't have paid jobs and keep up with all the demands put on their time. Everything requires a ceremony. At least 120 days in their calendar are dedicated to celebration. Then they need to go on several initiation periods taking from three months to several years living in the bush. This is what the collective demands, but through schooling it is their individual needs that they learn to develop and seek to satisfy. The opposite to their traditional culture. 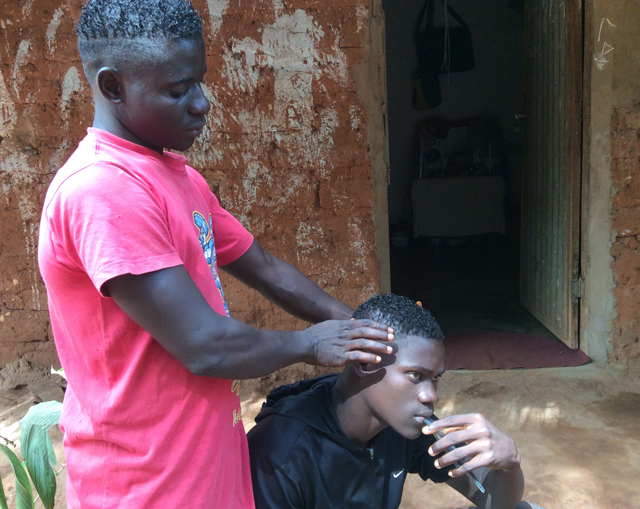 The shift from tradition to modernism demands to prioritise individualism. Earning money becomes the aim, and it can only be done outside the village.The initiation is the turning point in the relationship between old and young. The elders go on thinking that, as long as the young do it, they will be inoculated against any attack of "individualism" – which is celebrated through fancy hairstyles and trousers worn dangerously low on the bum!