Getting to know the village and its inhabitants

Today we went on filming the making of canoe. In no time at all, they transformed this magnificent tree into the shape of the canoe. They worked from early morning till 4pm, only fuelled by Palm wine. Then two women came with a tiny bit of cooked rice. Whatever happened to the 50 kg we bought the previous day? The men grumbled a bit... Not an argument I wanted to get involved in! 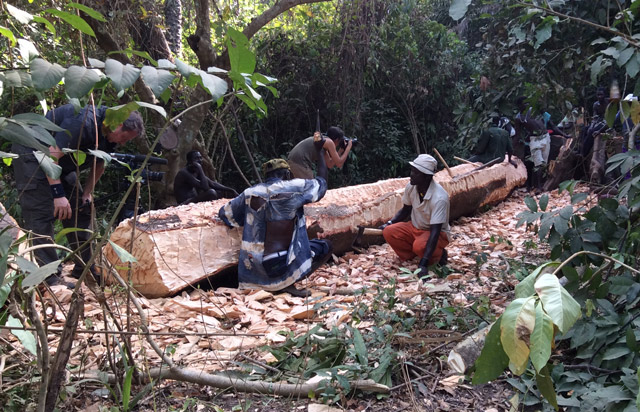 The women had to yell a warning when approaching the men's workplace, only allowed to come in with the food when the men said so.

The Bijagós are a matrilineal society, which means that land, animals and children belong to the women. The brothers of a child's mother have authority over the child. As uncles, they effectively become father figures for the children. Women are not heads of villages but they have economical power within the family. They are the providers and the nurturers. Bijagó women choose their husbands and request their hands by cooking a special rice dish. If the man eats it, then they have agreed to matrimony.

This is a period of many celebrations anticipating the rainy season when entire families will dislocate to dedicated islands to cultivate rice. It is time to make traditional vegetable-fibre skirts (no need to wash them). Filming the women making these, we got them to talk about the expectations on Bijagó women and how the new generation is, at best, transgressing or, at worst, ignoring such traditions. Their hair do would not be out of place on Beyonce! 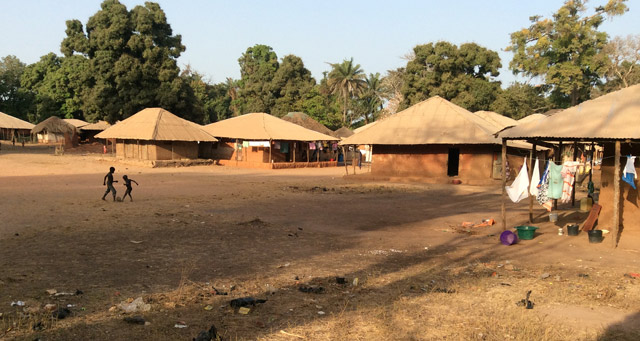 We also interviewed three men who had just returned from their 'initiation'. They are meant to disappear and survive for up to two years in the forest. They returned 'reborn' with a new name, new personality, and any children and wife in their lives are no longer recognised. It is meant to put hair on a man's chest...

They are meant to sculpt new objects, decorations, etc while in the bush. Our guys obviously did not develop those skills. Their decorations consisted of a few plastic toys and a battered teddy bear. Not quite what you would expect on a warrior!