Karen Guthrie’s The Closer We Get won Best International Feature Documentary at Hot Docs in 2015. Karen is writing this blog for SDI to provide an insight into elements of her filmmaking practice. However, it’s not the artistic side of things that this blog will focus on, but the arguably less glamorous, murky world of outreach and distribution. In this first edition of the blog, Karen describes how she was thrown, ill-prepared into that world, after she received an unexpected international phone call.... 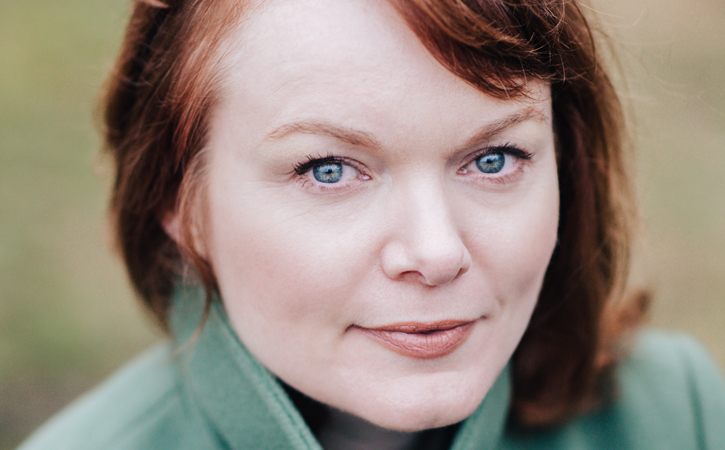 But first, here are a few essential facts about the film from a distribution point of view to provide some context:

I was sitting in the Slade School of Art student canteen when I got the call. I was far from my home on the side of a Lake District mountain, and as well as teaching, I was deep in fine-tuning the London post-production on The Closer We Get. Then suddenly I get an international call on my mobile, and it’s the director of Hot Docs festival saying that as long as it’s still a World Premiere, my film is in. I’m amazed: I paid my Entry Fee, got watched, alongside hundreds of others and now… and now I start to cry with relief and joy. It’s all been worth it.

But was it all too late?

A festival like Hot Docs turns a few heads towards your film for sure, but the next few months trawling through their encyclopaedic Industry-only website still led nowhere firm when it came to agents, distributors and the like. I was getting embarrassed about how often I’d emailed some of them with a “We could send you a really good extract of our latest cut....”. My Sent email box makes for desperate reading. A major part of the Hot Docs experience is the brilliantly run business end. A big ‘marketplace’ day I took part in was a kind of speed dating between filmmakers, distributors and sales agents of all persuasions. I’d been in touch with everyone who I was to meet way before the festival. Long story short, everyone I met said it was too late, that to premiere here without ‘representation’ was madness.

What this highlights is the chicken-and-egg situation you can find yourself in with a little doc: You’ll struggle to get any interest from agents / distributors without a big festival saying yes, then even with that yes you have a very few months to secure them so that you make the most of the big festival. If, like us, you get to said festival without an agent or distributor, be ready to hear from a lot of naysayers as you face the future.

As a UK film at an international forum like Hot Docs, it was also clear how much we’d have gained from having the BBC attached to the project. It was a question asked of me time and time again - most of the world still sees the BBC as a stamp of approval in a film sector that probably seems smaller and more homogeneous from afar than we in the UK know it is. But at this point we’d still been unable to hook in any TV interest, so we were going it alone and had to be honest about that.

A shot in the arm

My Hot Docs screenings had been good, but not sold out, and I’d contented myself with the wonderful feedback of my audiences. The critics at Hot Docs focus (understandably) on the N. American films, and the industry folks hadn’t bitten. Those first Q&A’s often floored me, I’d had no idea what to expect and they were electric. Ordinary people shared experiences akin to mine - perfect strangers filled the cinema with their empathy for me and for each other. Crucially, these events nourished me within and gave me the momentum for all our impact work since. I heard people ask and talk about all the themes on which we have worked with our outreach – from the specifics of stroke and the care system to the really big ones such as loss and forgiveness.

Towards the end of my time in Toronto, one of the Hot Docs staff sat me down and asked me – VERY firmly – to reschedule my flight home and join them at a swanky party, though she couldn’t tell me why. Unfortunately for business, winning the Best International Feature Award at Hot Docs came after our last screening and after those disappointing meetings, meaning there was no chance to return to those people who’d doubted the film and change their minds.

The next best industry opportunity offered to us was a UK premiere at Sheffield Doc/Fest, but we’d also been invited into Edinburgh International Film Festival too, and Sheffield refused to allow us to screen at both. Given all the links between the film and my family and Scotland I just couldn’t turn down Edinburgh.

We’d scraped together enough funds for a UK press officer before Hot Docs, and now she had a lot to work with. The award instigated a flurry of other festival invitations which was lovely. Things started to hot up in terms of reviews, media interest etc and that was of course in part because ours was a Scottish story, but also because EIFF is a public-facing festival, a chance for us to hear what ordinary people thought of the film and use this to plan our future with it.
Soon after Edinburgh, Picturehouse offered us a theatrical release, with a week in central London on the cards. We were off.

The Business End of Things & Where Ideas Come From